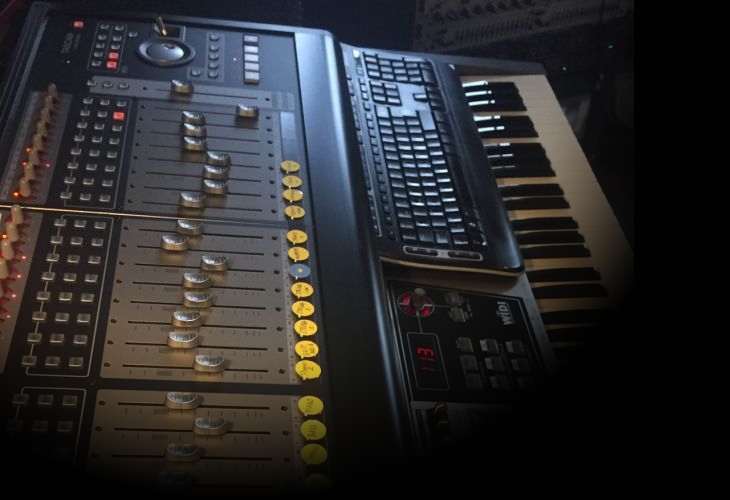 
Lives in the Prov.Antwerp - Belgium.


He is an Ex-studio session musician and
Sound engineer with 35 years experience in recording studios.
He followed a classical music training at the Concervatory in Antwerp, with a high distinction for piano.
He is specialized in synthesizers and recording techniques and has worked in several major recording studios as a sound engineer and producer.
He made arrangements in various musical genres, meanwhile, playing in various famous bands, including "The Rainbows" and "The Spoetniks”.
He is a SABAM shareholder.


Today, he is a fulltime producer of orchestral backing tracks (Play-backs),
Voice Recording - Mix and Mastering on a High Level
soundtracks for short and feature films (compositions), and composes original
and appropriate background music for websites. He also makes exclusive Midi Files
for keyboard players.